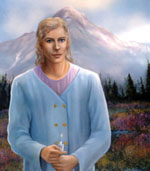 Adama (AD)
Adama is an ascended master of great love and wisdom, assisting humanity with ascension. He is the high priest of the Lemurian city of Telos, a physical city of immortals within Mt. Shasta (far northern California). Working within the network of underground cities, he is an ambassador from Earth to other galactic civilizations. Copyright, Glenda Green and Louise Jones. 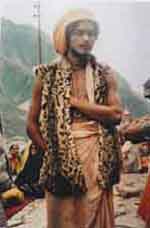 Almora Baba (AB)
A present form of the immortal master Babaji, the immortal master of the Himalayas written about in Autobiography of a Yogi. Immortal Babaji is about 5,000 years old, ever youthful, and a great server of humanity. Babaji has every power: he travels by thought, and manifests anything needed from the air. This Babaji dwells mostly in Almora, India. 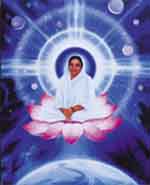 Ammachi (AC)
An incarnation of Divine Mother presently living. She has ashrams both in India and in the United States, and travels widely to give darshan. She often hugs her long line of devotees all through the night, without the slightest fatigue. Many have been profoundly moved by her love. Her address in the US: PO Box 613, San Ramon, CA 94583. Phone is 510/537-9417. 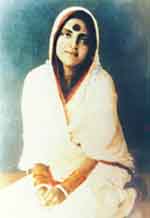 Ananada Mayi Ma (AM)
Ananda Mayi Ma, 1896-1982, was a beloved incarnation of Divine Mother. Born in what is now Bangladesh and unrecognized for many years, gradually followers flocked to her feet until she became widely known. She traveled extensively, giving inspiration to all. 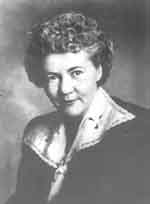 Annalee Skarin (AN)
Annalee Skarin was a dedicated Mormon. In her later years, she wrote the wonderful book Ye Are Gods. Shortly afterward, in June 1952, she ascended her physical body into light. She returned with her husband Reason (whom she helped also ascend) to teach and write an additional seven books, available through DeVorss & Co. She is no longer in a continuous physical form. She expressed her devotion to God in her motto "Love, praise, and gratitude!" 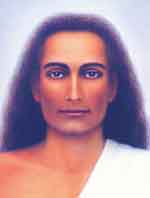 Babaji (BJ1)
Babaji, the immortal master of the Himalayas written about in Autobiography of a Yogi. About 5,000 years old, ever youthful, he is a great server of humanity. Babaji has every power: he travels by thought, and manifests anything needed from the air. He has promised to always stay in his physical body (see p. 353). This is from a painting by Eric Estep. 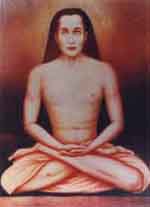 Babaji (BJ3)
Babaji, the immortal master of the Himalayas in lotus posture. . 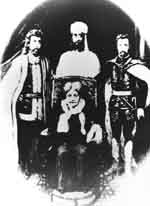 Madame Blavatsky, Kuthumi, El Morya, St. Germain (BL)
Madame Blavatsky, Founder of the Theosophical Society, and from the left her teacher Kuthumi, her master El Morya and St. Germain. "Mme. B," born in Russia in 1832, was a pure spirit, a powerful psychic and a great adventuress. From Kuthumi she channeled The Secret Doctrine and other profound works. See her biography HPB, by Sylvia Cranston. 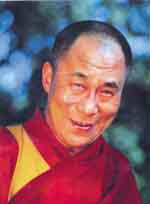 The 14th Dalai Lama (DL1)
The 14th Dalai Lama is Spiritueel head of the Tibetan people. Recognized at an early age from his previous incarnation, he remained in Tibet from 1940 until 1959, though the Chinese invaded in 1950. He fled to Dharamsala in northern India, where he remains the head of Tibet in exile, serving world peace and striving for the return of freedom to his homeland.Also Wallet. 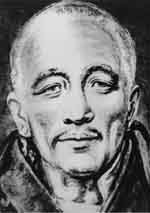 Djwal Khul (DK1)
Djwal Khul, also called "The Tibetan," was a beautiful master who achieved liberation under master Kuthumi's guidance. He is profoundly learned, knowing more about the seven rays and the Spiritueel hierarchy than perhaps any of his peers. He channeled wisdom works to Alice Bailey, a modern leader of the Theosophical Society. With Kuthumi and El Morya, he works diligently for our enlightenment. 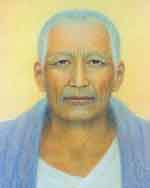 Djwal Khul (DK2)
Djwal Khul (see above.) This is from a painting by Peter Fich Christiansen of Denmark. 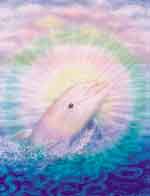 Dolphin of Sirius (DO)
The dolphin, along with the whale, originally came from the star system Sirius, and have been "vibrational stewards" of Earth, holding the high frequencies that the planet and humanity originally embodied. They are blissful beings of divine intelligence and unconditional love. This is from a painting by Peter Fich Christiansen of Denmark. 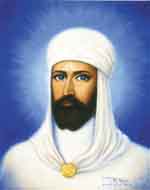 El Morya (EM)
This great 19th Century master was an Indian prince who taught the masters Kuthumi and Djwal Khul. On a visit to London, he first approached the young Madame Helena Blavatsky and revealed her life's path. He directed her work, and assigned to Kuthumi the creation of the books she received. Mme. Blavatsky sometimes visited the three masters. 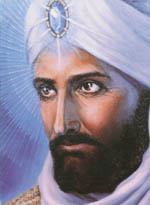 El Morya (EM1)
This great 19th Century master was an Indian prince who taught the masters Kuthumi and Djwal Khul. On a visit to London, he first approached the young Mme. Helena Blavatsky and revealed her life's path. He directed her work, and assigned to Kuthumi the creation of the books she received. Copyright Nanette Crist, 1972-2005. 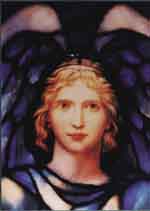 Archangel Gabriel (GA1)
Archangel Gabriel, a messenger of God who came with a bouquet of lilies to Mary to tell her of Jesus's birth from her womb. He is also associated with the water element, and is called Lord of the astral plane. 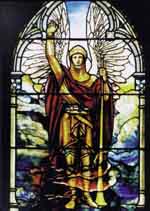 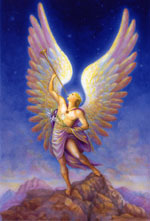 Archangel Gabriel (GA3)
Archangel Gabriel works on the fourth, brilliant white, ray of purity, hope, discipline and the ascension. He is God's messenger, announcing to Mary the coming birth of Jesus. Gabriel holds for each of us our divine, unique blueprint. From a painting by Marius Michael-George. 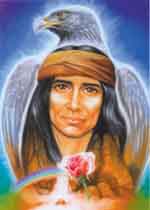 Grey Eagle (GE)
An artist's vision of a native American shining his divinity, inherent equally in all races of humanity and all individuals. The eagle is his totem animal, representing his connection with the divine, sight from a high Spiritueel perspective, and great strength. From a painting by Marie Klement of Australia. 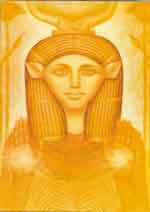 Hathor (HA)
The Goddess Hathor, who represents an ascended civilization of the fourth and fifth dimensions. The Hathors are giving loving assistance and profound ascension teachings to humanity and Earth. 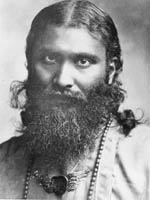 Hazrat Inayat Khan (HZ)
Born in Baroda, India, Hazrat Inayat Khan was considered India's greatest musician of the day. He was the first to bring both Indian music and Sufi mysticism to the western world in 1910. His works have been continually in print since the early 1920s and although his life was relatively short, his influence has continued to grow. For additional information, visit omegapub.com. 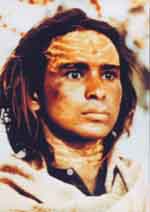 Herakhan Baba (HB)
Herakhan Baba manifested his adult body from the ethers in a cave near Herakhan, India in 1970. There he sat for 45 days in motionless meditation, not eating, drinking or sleeping. He took over his ashram of previous incarnations in Herakhan, where people from all over the world visited him. He left his body in 1984. A master of great love and power. 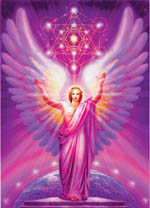 Metatron (MN)
In the Jewish mystical tradition of Kabala, Metatron is considered the highest of the archangels, positioned in the crown of the Tree of Life. The Metatron Matrix above him contains all five Platonic Solids as well as the Tree of Life, the Seed of Life and Star of David. It resonates with cosmic creation during meditation and healing work, and clears out dark energies. Copyright Marius Michael-George. 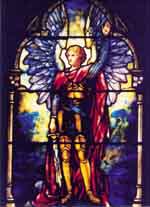 Archangel Michael (MC)
Archangel Michael is known for his great powers of protection. His mighty sword cuts away anything which no longer serves: cords and bonds, astral energies, etc. He is associated with the color electric blue. This is from a stained glass window by the renowned artist Tiffany. 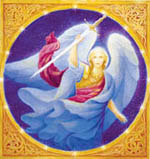 Archangel Michael (MC1)
Archangel Michael, and his divine complement Faith, stand for protection, deliverance, and faith. Working for the blue first ray, they magnify God's power and strength. They cut away all that is unreal. Artwork copyright Marius Michael-George. 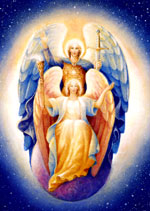 Archangel Michael (MF)
Archangel Michael is known for his great powers of protection. His mighty sword cuts away anything which no longer serves: cords and bonds, astral energies, etc. He is associated with shown here with his feminine aspect, Faith. From a painting by Marius Michael-George.

Vajradhara with Consort VD
The Buddha of Tantric teachings, with Vajradhatuishvari.

A picture of a master is a touchstone of love and truth
A focus the master's energy pours through
In the eyes of a master, you see your own greatness
You are loved
You are inspired
You feel your true guidance and your perfect path.

They were no different from us; just ordinary people yearning to taste the sweetness of life and the truth of themselves. Troubles they knew, no less than we. Impatience, frustration, and failure. But step by step, they climbed into mastery -- into victory! They walk with us now and help us follow the path of our heart.

These powerful and sacred prints are a wonderful addition to every environment, bringing peace, beauty and inspiration. AMI distributes high quality prints of all images shown. The 5 x 7 pictures are laminated in extra-thick, optical-quality plastic, protected and preserved for a lifetime. The 8 x 10 pictures are protected by a removeable archival sleeve.

Be sure to include the code for each item.

Important! Pictures do not come in all sizes. Be sure of the available sizes for each picture.

4 x 6 Size
These Buddhist Art Prints, Imported from England, are 4 x 6 only, laminated.
Some are also posters. Name or brief biography is on the back of all pictures. 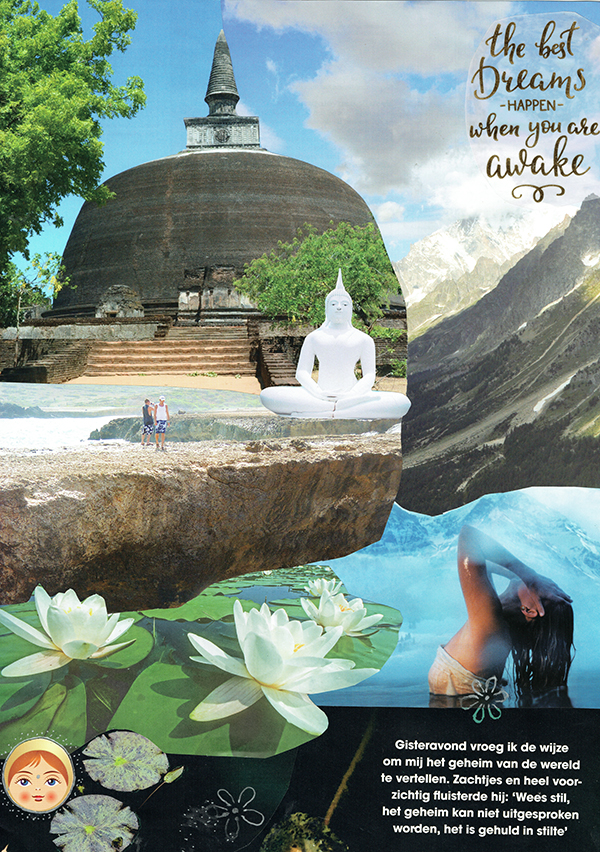 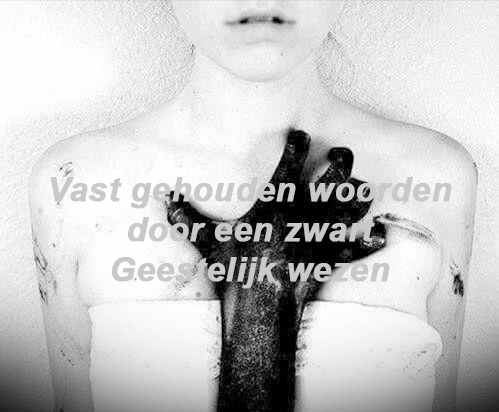 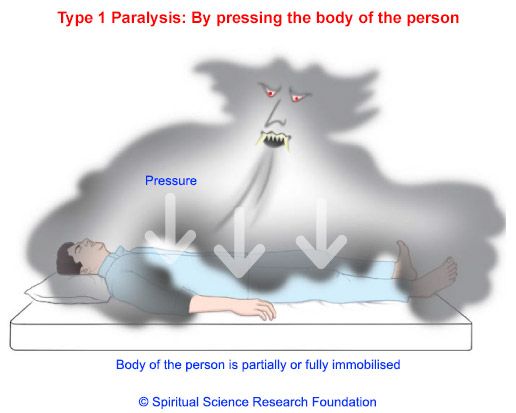